SANZAAR and the Six Nations have been working closely over the lockdown period against a set of key principles between the parties, to develop and agree proposals for an aligned global calendar.

Covid-19, working from home – remember to take a break at times.

Here’s a few links to fill the gaps in your self-isolation day:

Miller – Magic number 7 and chunking… referred to himself as being ‘plagued by an integer’!

Honey & Mumford – All style no substance?

Csikszentmihalyi – Go with the flow

Seligman – Positive psychology … but at the cost of realism?

Series of articles from Robert P Seawright on the Above the Market blog:

It’s only a short trip up the motorway, so we took in the latter stages of the Bridge of Allan Highland Games at the weekend.

Here’s a few videos taken from the afternoon.

So now that the politicians have had a moan about who’s at fault for the chaos on the M80 at Cumbernauld, we need to dig a little deeper into the issue.

Sure the weather is the main culprit, and there’s not much we can directly do about that. There were plenty of warnings about the possibility of problems with a Red Warning from the Met Office which was highlighted ahead of schedule by Transport Minister, Humza Yousaf. He was perhaps a little too enthusiastic in his foreboding before the Red Warning was actually issued and came across as another politician trying to grab the headlines – this probably reduced the potency of the crucial Met Office message as folk politely ignored him and carried on regardless.

But if we look back, we see that at the end of February 2017, the exact same problem arose in the exact same location hit us when “a weather bomb” from Storm Doris struck central Scotland.

Now this is the real issue – the same problem, happening in the same location, two years running – so this is what we should be encouraging our politicians to looks at. You should note that this stretch of road was upgraded to motorway as part of a Government project that was completed in 2011 at a cost of £320m.

As much as we like to criticise the Council, this is not a Council road, it is a Scottish Government road, so instead of laying blame at the foot of the hauliers, perhaps now the politicians can get some folk round a table and sort out what the issue is with the road they designed and now manage, and how the issue will be dealt with more effectively moving forward. 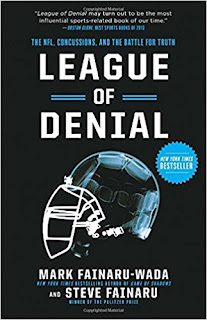 Video from Sports Coach UK and Sport Scotland detailing the ‘Youth Physical Development Model’ and what this means for the development of ‘Fundamental Movement Skills’, along with a new advice following recent research that we should be including strength training at all age groups.

A summary of where we are and where we’re going with VR from Kyle Russell.

The big question for the future of the tech is probably – will VR be an isolating or social experience?